You are here:
Dehydration occurs when you lose more fluid than you take in, and your body doesn't have enough water and other fluids to carry out its normal functions. If you don't replenish lost fluids, you may suffer serious consequences. 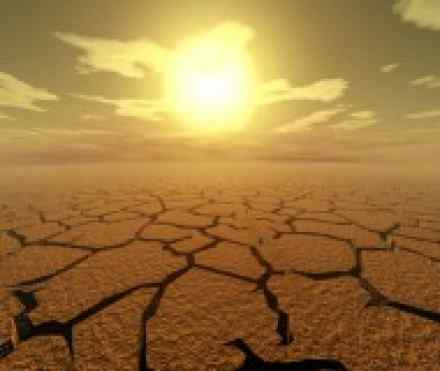 Monitor your fluid loss during hot weather, illness or exercise, and drink enough liquids to replace what you lose.

Mild to moderate dehydration is likely to cause:

Severe dehydration, a medical emergency, can cause:

In the most serious cases, delirium or unconsciousness
Unfortunately, thirst isn't always a reliable gauge of the body's need for water, especially in children and older adults. A better barometer is the color of your urine: Clear or light-colored urine means you're well hydrated, whereas a dark yellow or amber color usually signals dehydration.

Other dehydration causes include:

Anyone can become dehydrated if the loss of fluids outweighs fluid intake. But certain people are at greater risk, including:

Dehydration can lead to serious complications, including:

Your doctor can often diagnose dehydration on the basis of physical signs and symptoms such as little or no urination, sunken eyes, and skin that lacks its normal elasticity and resilience when pinched. If you're dehydrated, you're also likely to have low blood pressure, especially when moving from a prone to a standing position, a faster than normal heart rate and reduced blood flow to your extremities.

To help confirm the diagnosis and pinpoint the degree of dehydration, you may have other tests, such as:

If it's not obvious why you're dehydrated, your doctor may order additional tests to check for diabetes and for liver or kidney problems.

The only effective treatment for dehydration is to replace lost fluids and lost electrolytes. The best approach to dehydration treatment depends on your age, the severity of your dehydration and its cause.

Your doctor can offer specific suggestions for treating dehydration in your child, but some general guidelines include the following:

Most adults with mild to moderate dehydration from diarrhea, vomiting or fever can improve their condition by drinking more water. Water is best because other liquids, such as fruit juices, carbonated beverages or coffee, can make diarrhea worse.

Treating dehydration in athletes of all ages

For exercise-related dehydration, cool water is your best bet. Sports drinks containing electrolytes and a carbohydrate solution also may be helpful. There's no need for salt tablets — too much salt can lead to hypernatremic dehydration, a condition in which your body not only is short of water but also carries an excess of sodium.

Children and adults who are severely dehydrated should be treated by emergency personnel arriving in an ambulance or in a hospital emergency room, where they can receive salts and fluids through a vein (intravenously) rather than by mouth. Intravenous hydration provides the body with water and essential nutrients much more quickly than oral solutions do — something that's essential in life-threatening situations.

To prevent dehydration, consume plenty of fluids and foods high in water such as fruits and vegetables. According to the Institute of Medicine, letting thirst be your guide is an adequate daily guideline for most healthy people. Fluids can be obtained not just from water but also from other beverages and foods. But, if you're exercising, don't wait for thirst to keep up with your fluids.

Under certain circumstances, you may need to take in more fluids than usual: