You are here:
Suicide is a tragic reaction to stressful life situations — and all the more tragic because suicide can be prevented. Whether you're considering suicide or know someone who feels suicidal, learn suicide warning signs and how to reach out for immediate help and professional treatment. 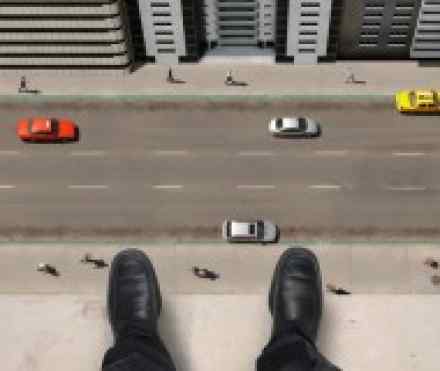 Suicide is a tragic reaction to stressful life situations — and all the more tragic because suicide can be prevented. Whether you're considering suicide or know someone who feels suicidal, learn suicide warning signs and how to reach out for immediate help and professional treatment. You may save a life — your own or someone else's.

It may seem like there's no way to solve your problems and that suicide is the only way to end the pain. But you can take steps to help you stay safe — and start enjoying your life again.

Developing personality changes, such as becoming very outgoing after being shy
Warning signs aren't always obvious, though, and they vary from person to person. Some people make their intentions clear, while others keep suicidal thoughts and feelings secret.

Suicidal thoughts have numerous causes. Most often, suicidal thoughts are the result of feeling like you can't cope when you're faced with what seems to be an overwhelming life situation. These situations could include financial problems, the death of a loved one, a relationship breakup or a debilitating illness. If you don't have hope for the future, you may mistakenly think suicide is a solution. You may experience a sort of tunnel vision, where in the middle of a crisis you believe suicide is the only way out.

In some cases, people who are suicidal are at risk of killing others and then themselves. This is known as a homicide suicide or murder suicide. The types of feelings that trigger this tragic behavior can stem from a number of sources. Some common risk factors for murder suicide include:

Some studies have shown a possible link between starting treatment with an antidepressant and an increased risk of suicide. The Food and Drug Administration (FDA) requires manufacturers of all antidepressants to include a warning stating that antidepressants may increase suicide risk in young people during the first two months of treatment.

Suicide and suicidal thoughts have many potential complications. The most obvious and tragic, of course, is death.

But suicide and attempted suicide exact a toll in other ways, too — both for those who want to take their own life and for their loved ones. You may be so consumed by suicidal thoughts that you can't function in your daily life, for instance. And while many suicide attempts are impulsive acts during a moment of crisis, they can leave you with permanent serious or debilitating injuries, such as organ failure or brain damage.

For those left behind after a suicide — people known as survivors of suicide — grief, anger, depression and guilt are common.

Your doctor will do a physical exam. He or she will ask you a number of questions about your mental and physical health to help determine what may be causing your suicidal thinking and to determine the best treatment.

In most cases, suicidal thoughts are linked to an underlying mental health issue that can be treated. These can include:

If your doctor thinks you may have an undiagnosed mental health condition that could be causing suicidal thinking, you may need to answer further questions or fill out a psychological questionnaire. You may need to see a doctor who specializes in diagnosing and treating mental illness (psychiatrist) or other mental health provider.

Your doctor will want to know whether you have any problems with alcohol or drug use - such as bingeing or being unable to cut back or quit using alcohol on your own. For many people, alcohol or drugs play a role in suicidal thinking and completed suicide.

Although drinking or using drugs may seem to help because it numbs emotional pain, it's likely to worsen depression and suicidal thinking. Substance abuse also makes you more likely to act on impulsive thoughts of suicide or behave recklessly. Many people who feel suicidal need treatment to help them stop using alcohol or drugs for their suicidal feelings to improve.

In some people, certain prescription or over-the-counter drugs can cause suicidal feelings. Your doctor will want to know about any medications you take to see whether they could be linked to your suicidal thinking.

Children who are feeling suicidal generally need to see a psychiatrist experienced in diagnosing and treating children with mental health problems.

With children and adolescents, the doctor will want to get all the information possible to determine what may be causing the problem and whether the child or adolescent is at risk of suicide.

The doctor will want to get information from as many sources as possible to get an accurate picture of what's going on. Sources can include the young person, parents or guardians, other people close to the child, school reports, and previous medical or psychiatric evaluations.

Suicide in children or adolescents often follows stressful life events. However, keep in mind that what a young person sees as serious and insurmountable may seem minor to an adult — such as problems in school or the loss of a friendship. In some cases, a child or adolescent may feel suicidal due to certain life circumstances he or she may not want to talk about. Some of these include:

Physical examinations, tests and in-depth questioning may be needed to help determine an underlying cause.