You are here:
Cholera is a bacterial disease usually spread through contaminated water. Cholera causes severe diarrhea and dehydration. Left untreated, cholera can be fatal in a matter of hours. 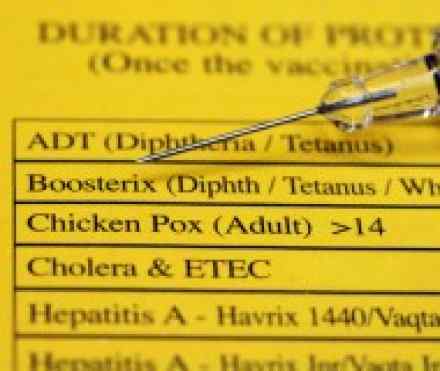 Death results from severe dehydration that can be prevented with a simple and inexpensive rehydration solution.

Most people exposed to the cholera bacterium (called Vibrio cholerae) don't become ill and never know they've been infected. Yet because they shed cholera bacteria in their stool for seven to 14 days, they can still infect others. Most symptomatic cases of cholera cause mild or moderate diarrhea that's often hard to distinguish from diarrhea caused by other problems.

Only about one in 10 infected people develops the typical signs and symptoms of cholera, which include:

Signs and symptoms of cholera in children

In general, children with cholera have the same signs and symptoms adults do, but they may also experience:

Cholera bacteria in the environment

Cholera bacteria occur naturally in coastal waters, where they attach to tiny crustaceans called copepods. As many as 10,000 bacteria may adhere to a single crustacean. The cholera bacteria travel with their hosts, spreading worldwide as the crustaceans follow their food source - certain types of algae and plankton that grow explosively when water temperatures rise. Algae growth is further fueled by the urea found in sewage and in agricultural runoff.

When humans ingest cholera bacteria, they may not become sick themselves, but they still excrete the bacteria in their stool and can pass cholera disease to others through the fecal-oral route. This mainly occurs when human feces contaminate food or water supplies, both of which can serve as ideal breeding grounds for the cholera bacteria. Because more than a million cholera bacteria - approximately the amount you'd find in a glass of contaminated water - are needed to cause illness, cholera usually isn't transmitted through casual person-to-person contact.

The most common sources of cholera infection include:

Although V. cholerae is the source of cholera infection, the deadly effects of the disease are the result of a potent toxin, called CTX, that the bacteria produce in the small intestine. CTX binds to the intestinal walls, where it interferes with the normal flow of sodium and chloride. This causes the body to secrete enormous amounts of water, leading to diarrhea and a rapid loss of fluids and salts (electrolytes).

Everyone is susceptible to cholera, with the exception of infants who derive immunity from nursing mothers who have previously had cholera. Still, certain factors can make you more vulnerable to the disease or more likely to experience severe signs and symptoms. Risk factors for cholera include:

Cholera can quickly become fatal. In the most severe cases, the rapid loss of large amounts of fluids and electrolytes can lead to death within two to three hours. In less extreme situations, people who don't receive treatment may die of dehydration and shock 18 hours to several days after cholera symptoms first appear.

Although shock and severe dehydration are the most devastating complications of cholera, other problems can occur, such as:

Although signs and symptoms of severe cholera may be unmistakable in endemic areas, the only way to confirm a diagnosis is to identify the bacteria in a stool sample.

Cholera requires immediate treatment because the disease can cause death within hours.

If you're traveling to cholera-endemic areas, your risk of contracting the disease is extremely low if you follow these precautions:

Wash your hands. Frequent hand washing is the best way to control cholera infection. Wash your hands thoroughly with hot, soapy water, especially before eating or preparing food, after using the toilet, and when you return from public places. Carry an alcohol-based hand sanitizer for times when water isn't available.

Avoid untreated water. Contaminated drinking water is the most common source of cholera infection. For that reason, drink only bottled water or water you've boiled or disinfected yourself. Coffee, tea and other hot beverages, as well as bottled or canned soft drinks, wine and beer, are generally safe. Carefully wipe the outside of all bottles and cans before you open them and ask for drinks without ice. Use bottled water to brush your teeth.
Eat food that's completely cooked and hot. Cholera bacteria can survive on room temperature food for up to five days and aren't destroyed by freezing. It's best to avoid street vendor food, but if you do buy it, make sure your meal is cooked in your presence and served hot.

Avoid sushi. Don't eat raw or improperly cooked fish and seafood of any kind.
Be careful with fruits and vegetables. When you're traveling, make sure that all fruits and vegetables that you eat are cooked or have thick skins that you peel yourself. Avoid lettuce in particular because it may have been rinsed in contaminated water.

Be wary of dairy foods. Avoid ice cream, which is often contaminated, and unpasteurized milk.
Cholera vaccine. Because travelers have a low risk of contracting cholera and because the traditional injected vaccine offers minimal protection, no cholera vaccine is currently available in the United States. A few countries offer two oral vaccines that may provide longer and better immunity than the older versions did. If you'd like more information about these vaccines, contact your doctor or local office of public health. Keep in mind that no country requires immunization against cholera as a condition for entry.